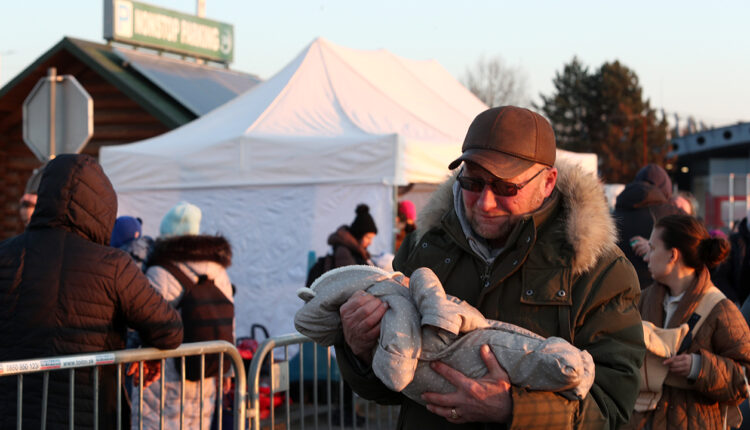 The number of refugees from Ukraine has now exceeded 2.5M — and other key data figures amid the Russia-Ukraine war

As the Russian invasion of Ukraine continues past the two-week mark, the number of civilians who are fleeing is increasing.

Since Feb. 24, 2022, more than 2.5 million refugees have fled Ukraine, according to the United Nations High Commissioner for Refugees (UNHCR), the UN Refuge Agency, which is headquartered in Geneva.

More than a million of those refugees are children, many of whom are unaccompanied, UNICEF said on Thursday.

“The number of children on the move is staggering, an indication of how desperate the situation for children and families in Ukraine has become,” UNICEF Regional Director for Europe and Central Asia Afshan Khan said this week in a statement.

“Children are leaving everything they know behind in search of safety. This is heartbreaking.”

A joint statement by UNICEF and UNHCR’s Filippo Grandi indicated this week that “children without parental care are at heightened risk of violence, abuse and exploitation.”

“When these children are moved across borders, the risks are multiplied. The risk of trafficking also soars in emergencies,” the joint statement also said.

Scores of people have left their homes with literally nothing but a few pieces of clothing and whatever else they could carry on their backs or in their arms.

Francesco Malavolta, a photojournalist who has been at the Ukraine-Poland border and in other border areas there, told Fox News Digital this week, “The people are very tired because the journey [out of Ukraine to other countries] lasts 3 or 4 days for them.”

He also said, “There is a strong feeling of concern for their loved ones left behind in Ukraine — many to fight — but not [feelings] of resignation,” he emphasized.

He said many people leaving Ukraine “hope to return” to their country one day, or as soon as they can.

Here’s a closer look at more numbers associated with Ukraine as this tragedy continues to play out.

In terms of total area, Ukraine roughly parallels the state of Texas.

Gross domestic product (GDP) is an estimate of the total value of goods and services produced by a given country and a given year.

The GDP of the United States is around $20.89 trillion.

World Population Review estimates that Ukraine’s population is roughly 43.2 million people. The population of California, according to July 2021 estimates from Census.gov, is about 39.2 million.