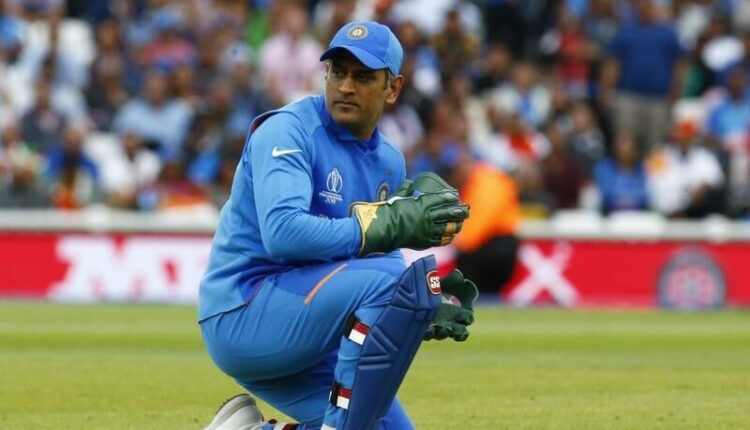 The career of MS Dhoni in cricket

In 15 years, Mahendra Singh Dhoni has achieved more in cricket than most professional cricketers can in a lifetime. He is one of the most outstanding match-winners in the game’s history. MS Dhoni has been hailed as a champion cricketer.

For the people who are looking for a cricket career, here are a few tips to make it to the top.

This blog looks at his career stats, his achievements and his place in the history of cricket.

Among the cricket captains in history, Ms Dhoni has had the most success. He is also a successful businessman, and has launched his clothing line, Seven. Ms Dhoni was born in Ranchi, Jharkhand, in 1981. He started playing cricket at a young age and was selected for the Ranchi Under-19 team in 1999. During the 1999–2000 year, he played in his first Ranji Trophy game for Bihar. He made his One Day International debut for India in 2004 and his Test debut in 2005. Ms Dhoni has been a successful captain for India and the Chennai Super Kings franchise in the IPL. Under his leadership, India won the 2007 World Twenty20, the 2010 Asia Cup, the 2011 World Cup, and the 2013 Champions Trophy. Ms Dhoni is known as “Captain Cool” for his calm and composed demeanour on the field.

Dhoni’s journey to the top

Mahendra Singh Dhoni, popularly known as MS Dhoni, is a former Indian cricketer and captain of the Indian national cricket team. In cricket, he is recognized as one of the best captains ever.

He was raised in Ranchi and studied from DAV Jawahar Vidya Mandir, Shyamali, Ranchi.

He was a student of St. Xavier’s College, Ranchi, where he completed his undergraduate degree in commerce.

Dhoni got his start in cricket when he was pretty young. He was selected for the Under-19 cricket team in 1999 and played his first Ranji Trophy match for Bihar in the 1999-2000 season. He made his One Day International (ODI) debut for India in December 2004 against Bangladesh and played his first Test match against Sri Lanka in February 2005.

Dhoni was appointed the captain of the Indian ODI team in September 2007 and the Test team in November 2008. Dhoni is also the co-owner of the Indian Super League team Chennai in FC and Ranchi Rays. Dhoni has got prestigious awards, including the Rajiv Gandhi Khel Ratna Award, the Padma Shri, and the Padma Bhushan.

Dhoni played his first Test match against Sri Lanka a year after making his One Day International (ODI) debut against Bangladesh in December 2004.

He was promoted to the Indian vice-captaincy in 2007 and took over the captaincy after the retirement of Anil Kumble.

He was conferred the honorary rank of Lieutenant colonel by the Indian Territorial Army.

He took over the ODI captaincy from Rahul Dravid in 2007 and led the team to its first bilateral ODI series wins in Sri Lanka and New Zealand. He is also the only captain to have led India to all three ICC limited-overs trophies.

MS Dhoni – the Man and his performance

MS Dhoni, the Man and his performance is a sportsman par excellence. He is a quiet individual who prefers to let his play speak for him. Be it with the bat or the gloves, and he is a master class act. His performance in the 2007 Cricket World Cup is the stuff of legend, as he led India to glory.

His calm and composed demeanor under pressure sets him apart from the rest. Even in the most trying situations, MS Dhoni keeps his cool and delivers. His great performance in the cricket made him to the best icc odi ranking batsman. That is why he is hailed as one of the greatest cricketing captains of all time.

MS Dhoni – the brand and his endorsements

Dhoni has a huge popular brand ambassador, with several high-profile endorsements to his name. Dhoni first came to prominence as a cricketer, leading the Indian team to victory in the 2007 Cricket World Cup. As well as his cricketing achievements, Dhoni is also known for his work as a brand ambassador. He has endorsement deals with some of the biggest companies in India, including Hero MotoCorp, TVS Motors, and Reebok.

He is also the brand ambassador for the Indian Premier League team Chennai Super Kings. Dhoni is a hugely popular figure in India, and his endorsements are some of the most sought-after in the country. He is a powerful and influential figure, and his endorsement deals reflect his status as one of the country’s most famous sportspeople.

MS Dhoni – the business entity and his capital

He is the co-founder and owner of the sports management company Rhiti Sports. Dhoni started his business venture with Rhiti Sports in 2012 with a seed capital of just Rs. 10 lakh. The business now generates more than 100 crores of rupees in revenue. Dhoni’s stake in the company is reported to be around 30%. Dhoni’s business acumen and wise investments have helped him build a personal fortune of over Rs. 1,000 crores.

In addition to his stake in Rhiti Sports, Dhoni also has investments in real estate, stakes in several hotels and restaurants, and a luxury car dealership. Dhoni is one of the most successful sportsmen-turned-businessmen in India.

Why is MS Dhoni crucial for Indian Cricket?

In the annals of Indian cricket, MS Dhoni ranks among the best captains. He has led the Indian team to victory in many important matches, including the ICC World Cup, the IPL and the Champions Trophy.

He is a role model for many young cricketers and is respected by his teammates and opponents. Dhoni is known for his calm and composed demeanor on the field and his ability to think quickly and make decisions under pressure. He is also an excellent wicketkeeper and batsman and has been a vital member of the Indian cricket team for many years.

What to learn from MS Dhoni?

Dhoni is known for his calm and composed demeanor, as well as his tactical acumen.

He is also an excellent batsman and is one of the most popular players in the world. There are many lessons that we can learn from MS Dhoni.

Firstly, he is a great leader and motivator. He can get the best out of his team.

Secondly, he is very level-headed and does not get flustered in pressure situations.

Finally, Dhoni is a great role model, both on and off the field. He is humble and down-to-earth and is always respectful to his opponents.

The captain of the Indian cricket team, Mahendra Singh Dhoni, has been a great inspiration to many with his leadership skills and batting.

He has been a great role model and a fantastic leader to most Indian cricketers. MS Dhoni has had a brilliant career so far, and we hope that he will continue to be successful in his career.

He is an excellent batsman. He is the only captain who defeated Australia in Australia. He is a good fielder.

Know all about cricket news and updates at CBTF news.

Get the fastest cricket news update at https://cbtfspeednews.com/.

Know all about cricket betting and updates at CBTF betting.

Get the updated expert betting tips at https://cricketbettingtipsfree.com/

Checkout our videos to get the latest updates about cricket and betting tips, and casino tips to win big with expert opinions at https://www.cbtfmytube.com/.

5 Reasons to Choose Professional Home Security Instead of DIY