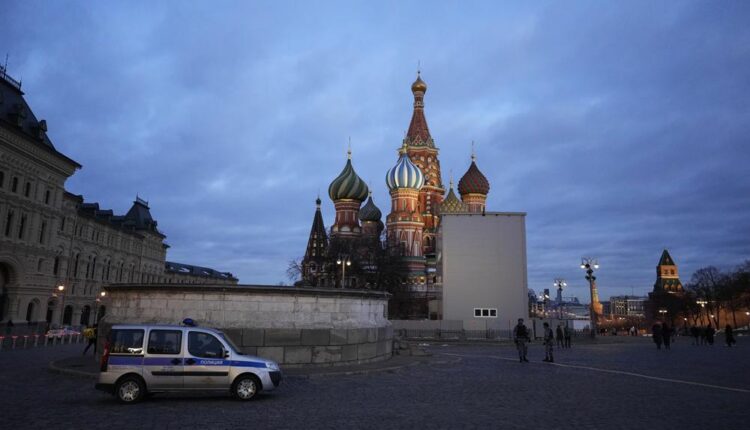 A shrinking number of well-known companies are still doing business in Russia, even as hundreds have announced plans to curtail ties.

Burger King restaurants are open, Eli Lilly is supplying drugs, and PepsiCo is selling milk and baby food, but no more soda.

The pace of businesses exiting Russia accelerated over the past week as the deadly violence and humanitarian crisis in Ukraine worsened, and as Western governments ratcheted up economic sanctions to punish Russia for its two-week-old invasion. Major oil companies BP and Shell walked away from multibillion-dollar investments. McDonald’s and Starbucks stopped serving customers.

The companies that still have a presence in Russia say they have franchise owners or employees to consider; they don’t want to punish Russians by taking away food or medicine; or they provide software or financial services for Western businesses that aren’t easy to replace.

It’s a business calculation. On the stay side: How much revenue do they earn in Russia? Do they provide an essential service?” said Mary Lovely, a senior fellow at the Peterson Institute for International Economics in Washington. “Each day that passes, though, calculations change. Sanctions against Russia are likely to last a long time, along with rising revulsion.”

Some companies in lower-profile industries like agriculture have been able to fly under the radar and avoid the type of social media pressure that had been directed at brands such as McDonald’s, Uniqlo and Starbucks, before they decided to cut ties this week, if only temporarily.

But in this era of hyper-awareness that some customers and even employees have about the positions companies take on social and moral issues, those still doing business with — or in — Russia are putting their reputations on the line.

Take Japanese clothing chain Uniqlo, which drew negative attention after the CEO of its parent company told the Nikkei newspaper in a story published Tuesday that the reason to keep nearly 50 Russian stores open was that: “clothing is a necessity of life.” By Thursday, Uniqlo said it would close the stores.

“There’s potentially a big downside of companies to be on the wrong side of this,” Lovely said.

Many large multinationals didn’t flee Russia at the start of the war. But that changed as the invasion led to increasing violence — and more than 2 million refugees fleeing Ukraine.

There are now more than 300 companies that have curtailed operations in Russia, according to a list maintained by a team at Yale. Apple stopped shipments. Google paused ad sales. Automakers halted production. Hollywood studios ceased releasing films, and Netflix stopped streaming.

Some of these decisions were driven by the need to comply with the sanctions Western governments leveled at Russia; others came because of supply chain issues or the fear of a hit to their reputations. S anctions have already taken a toll on Russia’s economy and global trade.

Some companies that plan to sever ties with Russia say it isn’t so simple.

Citigroup said Wednesday that selling its 11 Russian bank branches will be difficult because the country’s economy has been cut off from the global financial system. Until then, Citi said it is “operating the business on a more limited basis” and is helping its U.S. and other corporate clients suspend their businesses in Russia.

Fast-food companies often have franchising agreements that complicate an exit, because they don’t own those locations.

That helps explain why Restaurant Brands International, owner of Burger King, is keeping its 800 restaurants open in Russia. And why Yum Brands, parent company of KFC and Pizza Hut, announced the closure of 70 company-owned KFCs across Russia, but not the nearly 1,000 franchisee-owned KFCs, or its 50 Pizza Hut locations.

This sometimes applies to hotels as well: Marriott says its Russian hotels are owned by third parties, and it’s evaluating their ability to remain open.

“I think a lot of these companies are expecting a backlash if they’re staying,” said Susanne Wengle, a political science professor and Russia expert at Notre Dame.

McDonald’s action in Russia was easier: it owns most of the 850 restaurants in Russia it will temporarily close.

But there are companies that remain in Russia — whether in whole or in part — and say that it’s because they view their products as essential.

Pharmaceutical company Eli Lilly is one of them. “We continue to distribute medicines in Russia as patients with cancer, diabetes and auto-immune diseases everywhere count on us to support them,” said spokesperson Tarsis Lopez, noting that EU and U.S. sanctions do not apply to medicine.

Tech companies have their own balancing act. Providers of internet-based services like Google, Twitter and Facebook have been mostly reluctant to take actions that could deprive Russian citizens access to information other than what they get from state media. (Russia blocked Facebook and Twitter, however, and then TikTok largely suspended its service in the country.)

The response from industrial food producers has been complicated by Russia’s role as a major exporter of wheat and other commodities.

Bunge, which has assets of $121 million in Russia, said Thursday that its Russian oilseed plant will operate and serve the domestic market, but that it has suspended “any new export business.” Farm equipment maker John Deere said it has stopped machine shipments to Russia; it is monitoring a Russian plant that makes seeding equipment and its dealer network in the country “day-by-day.” Cargill and ADM, other agriculture companies, have not responded to questions.

These companies don’t want the Russian government to seize their assets should they close up shop, said Vincent Smith, an economics professor at Montana State University.

Other companies point to their employees’ livelihoods in rationalizing decisions to stay, or not completely sever ties.

Starbucks initially expressed concern for its 2,000 Russian employees before reversing course Tuesday. The Kuwaiti company that franchises its 130 Russian stores is closing them, but continuing to pay employees.

British American Tobacco on Wednesday said it would keep making and selling cigarettes in Russia, where it has 2,500 employees, citing a “duty of care” for employees.