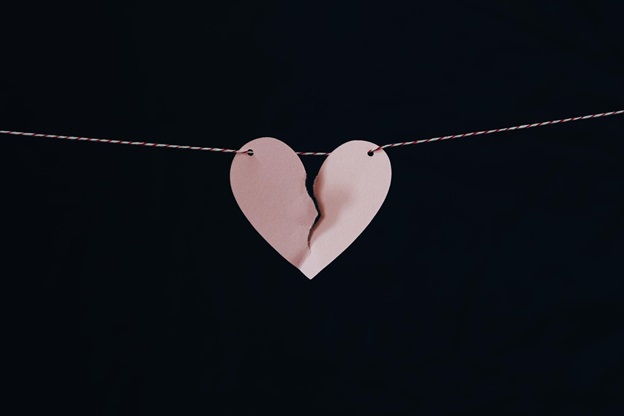 How to Break up With Someone: 13 Tips

Whether you’re in a toxic relationship, aren’t ready for a monogamous one, or just haven’t met the right person yet, breaking up with someone isn’t easy. (But usually necessary!)

If you need a little help figuring out how to break up with someone, here are 13 tips:

A breakup shouldn’t be a spur of the moment thing. It’s important to choose a time when you can both speak your minds and take some space if needed. Try to avoid public places or a short window like in the morning before heading to work.

When you’re caught up in the moment or feeling nervous, you might fumble with your words or forget to make certain points. While you don’t need to prepare and memorize a script, it’s important to have an idea of what you want to say and how to deliver it as kindly as possible.

3. Break Up in Person

Breaking up in a text or email might be tempting, but don’t do it! Breakup conversations work best face-to-face. In-person breakups show respect for your partner and ensure you’re able to clearly communicate what you have to say without things being taken the wrong way.

It’s only fair to your partner to be completely honest about why you’re breaking things off. Be open, candid, and straightforward and allow them to respond as you both work through your emotions.

Unless you both knew things were coming, it’s hard to predict how your partner will react to a breakup. In the best case scenario, they are on the same page and ultimately relieved you decided to end it. The worst case? They are blindsided and react with surprise, anger, confusion, or sadness. Knowing how to break up with someone means preparing for every possible outcome.

6. Get Straight to the Point

Much like ripping off a bandaid, breakups work best when they’re quick and to the point. Say what you need to say and allow your partner as much time as they need to respond. Breakups are uncomfortable and can be emotionally draining, so try not to drag it out.

It’s easier said than done, but don’t make any decisions about the future of your relationship during a breakup. It might seem like a great idea to stay friends, and you might say it just to make them feel better, but it will just make things that much harder. Give yourself (and your partner) some time and space to process everything before deciding if staying friends is the best option.

8. Make a Plan for What to Do Afterward

So, you broke up with someone. Now what? There’s no playbook for how to break up with someone, and your plans will be very different depending on the seriousness of your relationship. Regardless, you’ll need to put together a post-breakup plan. Do you need to grab your sweatshirt from their house? Do you need to talk about how you will break the news to friends and family? Are you currently living together and need to figure out your lease and future living arrangements? Talking through these kinds of things will ensure that you and your ex are on the same page, which will make recovering from the breakup much easier.

As tempting as it is to see what they’re up to, try your absolute best to avoid stalking. You might read too much into posts or, most likely, see something you don’t want to see. The best thing to do? Block them online until you’ve moved on.

In a moment of weakness (or after a few cocktails), it might seem like a good idea to reach out to an ex and see how they’re doing — but don’t do it! Until the dust has settled, avoid making contact. It’s important to learn how to live separate lives, especially right after the breakup. Otherwise, things get messy, complicated, and create an unhealthy cycle of an off-and-on-again relationship.

No matter how the breakup goes, it’s important to remember that you really liked your ex at one point in time, so try to keep things civil. It’s okay to be upset, especially if they did something to cause the breakup, but it’s best not to talk trash. While it might feel good, it can complicate your emotions, and your ex will more than likely find out what you said. (Ruining any chance of a potential reconciliation down the road.)

The best way to move on is to get rid of pictures, gifts, mementos, etc. when you’re going through a breakup. Having things around you that remind you of your ex will only make it harder to move on. There’s no need to trash them — just put them away until you’re ready to look back on them.

Once you break up, you should commit to staying broken up. Have conviction in your decision to end things, and try not to second-guess yourself. It’s easy to believe you made a mistake while you’re missing them, but if you felt the need to end it, then it was for a good reason.

While it’s never easy, knowing how to break up with someone in the best way can help soften the blow. By planning the right time, doing it in person, and being as kind as possible, you can avoid a messy breakup and leave the door open for friendship in the future.

5 Things You Should Know About The BeenVerified Opt-out Process

A Guide to Cigar Storage From Cory Carnley

Why Dealerships Are a Good Selling Option for Older Cars