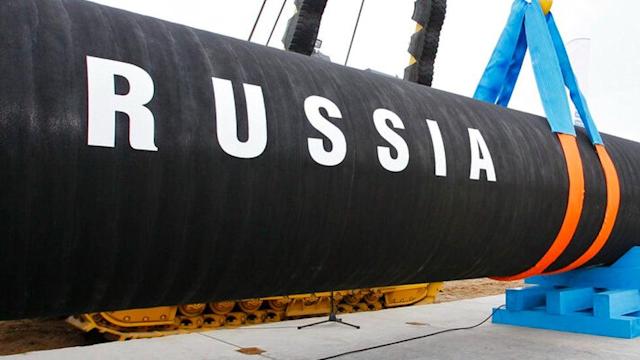 The vast majority of Russia’s oil exports are purchased by Europe and China, which together account for 90 percent of the country’s total exports.

That’s made it tougher for Europe to enact similar bans as the U.S. on Russian imports and lessens the economic hit to Moscow from the Biden administration’s decision this week to cut off Russian oil.

Russia is the world’s biggest exporter of oil to global markets and the second-largest exporter of crude oil behind Saudi Arabia, exporting about 2.85 million barrels per day by sea lanes and pipelines, according to the International Energy Agency (IEA).

European nations are the largest collective buyer of that oil, while China is the petro-state’s largest single purchaser. In 2021, Europe bought up about 42 percent of Russia’s total oil production, while China purchased 14 percent and 30 percent stayed in Russia.

Other major countries to purchase Russian oil include Germany, the Netherlands, the U.S., Poland and South Korea.

Russia’s customers are varied, and outside of Europe, most — like China and the United States — draw from a wide variety of sources.

But European nations, which in November 2021 imported about seven times as much Russian oil as the United States, are far more reliant on Russian oil imports and some Eastern European countries are almost entirely dependent on Russian oil.

On that list, only Norway has a substantial oil industry of its own — it’s the world’s 13th largest producer — and the 45,000 barrels it imported from Russia every day in 2021 paled in comparison to the more than 2 million barrels it produced itself.

Russia is a major producer, consumer and exporter of not just oil but also coal and natural gas, and the various refined products made from them. Russia’s fossil fuel industry produced the energy equivalent of 11 billion barrels of oil in 2019, according to the IEA.

For many European countries, Russian oil and natural gas are vital sources of power and heat, and Russian oil is the dominant source of gasoline and other refined petroleum products.

Massive 19-mile-wide crater in Greenland actually much older than we thought, study says